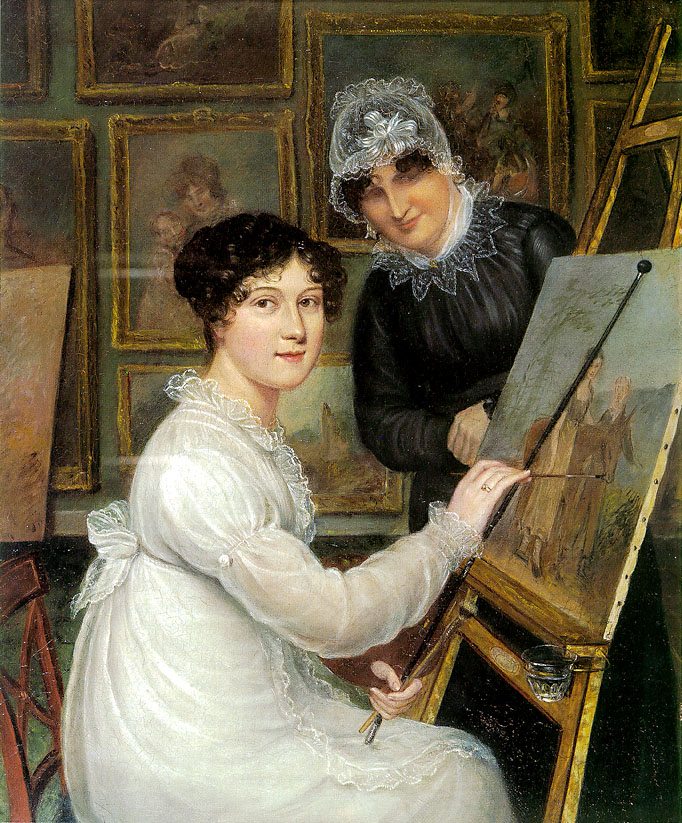 Rolinda Sharples – Self Portrait, circa 1820

Join PJ Crook and Friends in Bristol for a unique celebration of the life and works of the artist Rolinda Sharples.

Rolinda (1793-1838) was born in Bath and lived most of her life in Bristol.  She exhibited at the Royal Academy and at the Society of British Artists, where she became an honorary member.  Her painting of The Cloak-Room at the Clifton Assembly Rooms, 1817 (see below) has become one of the most iconic images of the Regency period.

In 1998, Toyah Willcox (as Rolinda) and PJ Crook (as herself) made a short film for HTV entitled Rolinda Sharples: Painted Out of History.  We will be joined for a special screening of this film by PJ herself and also by the film’s director and screen-writer/animator, who will introduce it. Appropriately enough, the screening will take place at the Royal West of England Academy in Bristol (RWA) which Rolinda’s mother, Ellen, helped to found.

The RWA will be opening specially for this private event (it is closed to the public on Mondays) and we will have an introduction to the museum and their current exhibition Women of the RWA.  As well as works by Rolinda, other artists represented include Vanessa Bell, Augusta Talboys, Jeanne du Maurier and Dame Elizabeth Blackadder.

After lunch at the RWA’s Epiphany Café we will move to Bristol Museum & Art Gallery (a few minutes’ walk away) to see their collection of Rolinda’s paintings.  Again,  the gallery will be opened especially for us and Fine Arts Curator Dr Jenny Gaschke will lead a private tour.

As a final treat we will also be able to view the exquisite Saint Luke Drawing the Virgin and Child by Dieric Bouts the Elder, which is currently on loan in the Old Masters Gallery. 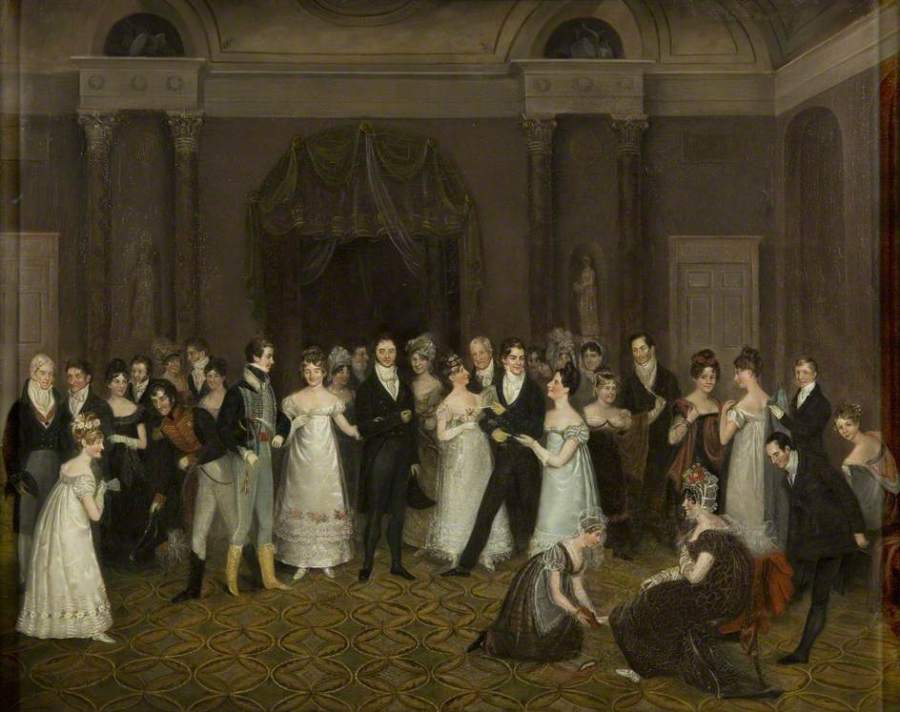 The total cost is £25 per person (including coach, film and tours, but not lunch).  Demand is expected to be high, so please book asap to avoid disappointment.

If you have any queries, please email events@friendsofthewilson.org.uk or ring Martha on 01242 526601.

Otherwise, please book your place by using the form below.

There are three payment options:

1. You can pay by credit or debit card, as well as by PayPal, using the PayPal option (default).  If there are sufficient spaces still available this will automatically confirm your booking if the payment is accepted.

2. If you want to pay by cheque select the Off-line option from the payment methods but please send your cheque as soon as possible as your booking will not be confirmed until we have received the payment.

3. If you really don’t like filling in forms on-screen you can download a form, print it and post it with a cheque. A booking form can also be found in the Friends Newsletter (available January 2018).

Cheques should be payable to Friends of The Wilson and sent with a sae or clearly written email address to Martha Alleguen, 7 Sydenham Road South, Cheltenham GL52 6EF.

Bookings are now closed for this event.