Home »Artworks from The Wilson Collection – Review and Responses »Francesco Guardi (1712 – 1793) – The Island of San Giorgio in Alga, Venice, Italy 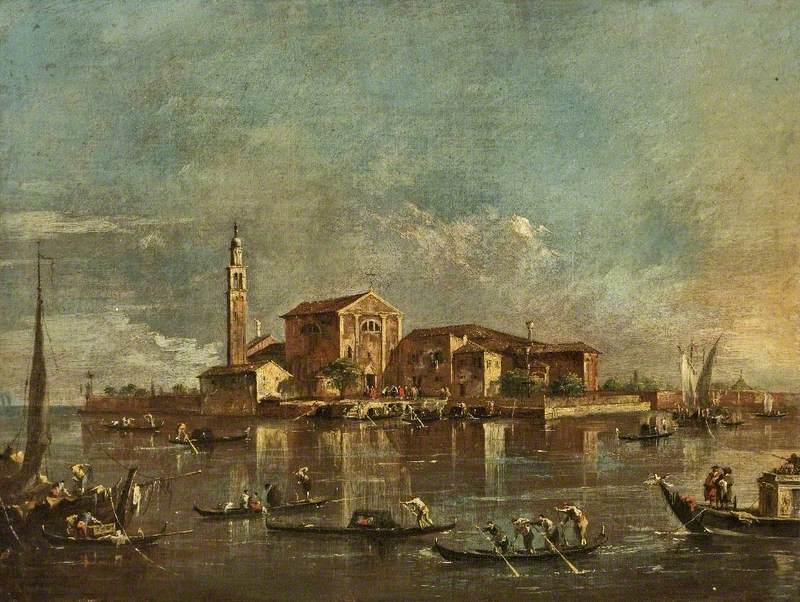 Guardi depicts a very small island completely dominated by a tall church and an even taller campanile. In the foreground, the glassy but also murky waters of the Venetian lagoon reflect the buildings and the retaining walls that protect the island. The door of the church is open and a cluster of visitors – Guardi’s people often seem diminutive in size when contrasted with the figures who populate Canaletto’s canvases – is gathering outside. Gondolas bringing more visitors are drawing up by the landing steps.

In the foreground other boats, large and small, have been carefully placed by Guardi to draw the eye towards the church of St. George. On the left a fishing vessel has moored and fishermen are hauling the nets, some of which have already been draped over the bowsprit. On the right a substantial boat has two imposing (but still miniaturised) Venetian citizens standing at the prow. Between these two boats several smaller craft are seen: on the left three passengers are being ferried towards the fishing vessel. In the centre a sleek gondola is carrying someone discreetly cabined within a distinctive black felze, as often constructed on gondolas from this time to the end of the 19th century. On the right a crew of four oarsmen are enjoying a session of rowing for pleasure or as practice for one of the regattas that still today are a feature of the Venetian summer season.

How much of all this did Guardi actually see, however? In 1717, when he was only five, the island, including the church, was largely destroyed by fire. This disaster brought to an end the influence of San Giorgio in Alga, which had been for centuries famous as the home of a community of Augustinian canons whose influence had spread right across the Venetian lagoon. For a time in the 19th century the island housed a notorious prison and during the Second World War it was used as a Nazi base for training frogmen in sabotage techniques. 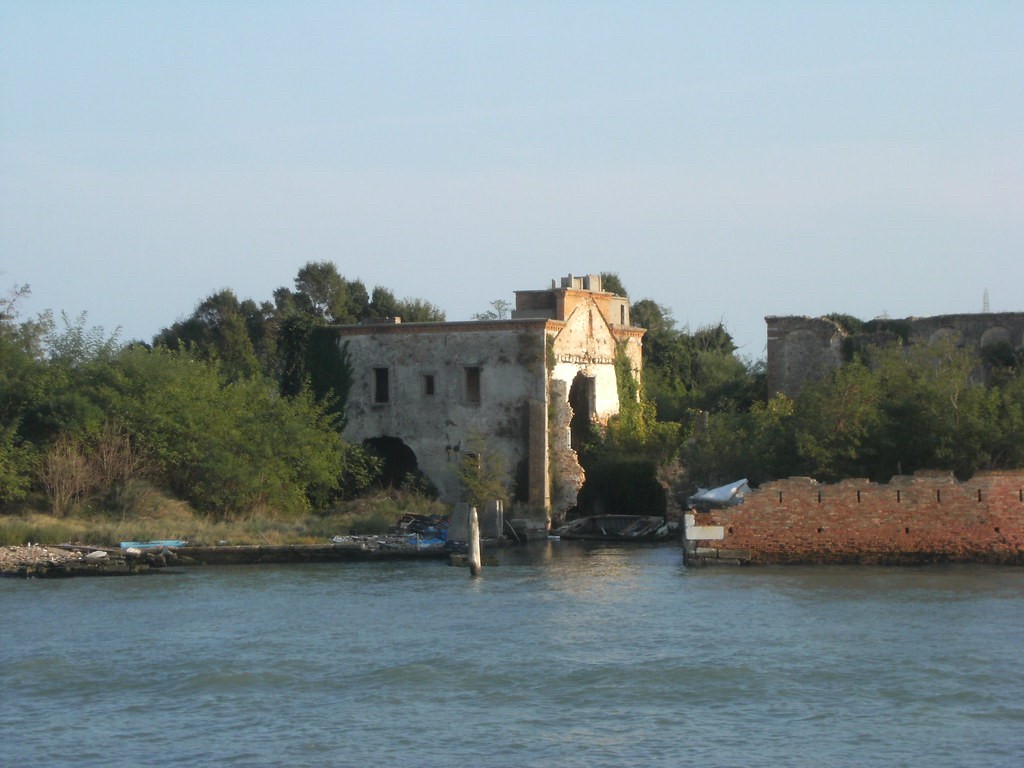 The island is now deserted, marooned as it were midway between the centre of Venice and the industrial mainland of Marghera, well away from any tourist route. Today it is perhaps best enjoyed as Guardi painted it – even though his veduta is probably more a work of artistic reimagining than of topographical precision.