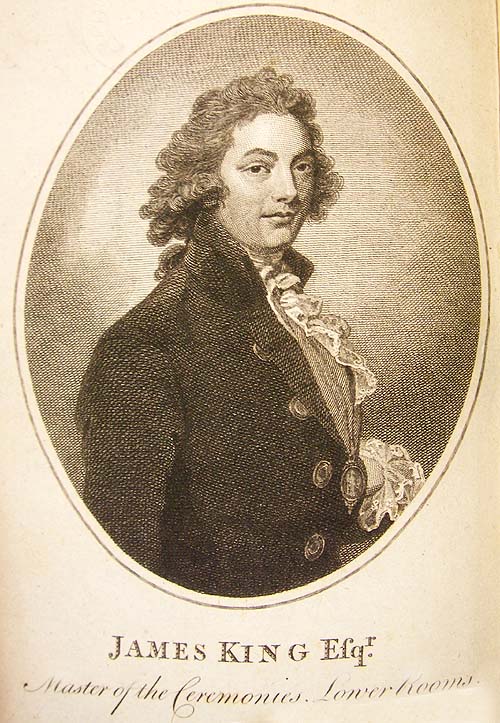 Two significant new items have been purchased for The Wilson’s local history collection by the Friends.

The first is a small oval etching of James King, who held the post of Master of the Ceremonies at Cheltenham between 1801 and his death in 1816. It was probably published in around 1789, while King was MC at the Lower Rooms in Bath.

The other is a printed copy of an Address to King George IV that was delivered by a later MC, Charles Marshall, when the King’s carriage paused at Cheltenham during a journey on 14th September 1821. The Address – which is illustrated with a delightful caricature of a bowing Mr Marshall – expressed the regret of Cheltenham’s inhabitants and visitors that the King’s stay was not long enough for them to testify “their Loyalty and Attachment to your Majesty’s Person”. The King responded “in the most gracious and condescending manner” that he was “too much fatigued by my Voyage and Journey, to allow of my making any stay in Cheltenham”, but that he would make a point of “paying Cheltenham another and an early visit” – which, sadly, he never did.

Both items are on display in the Paper Store until 2 April.